DENVER, CO – CAPRE’s Construction, Design, Engineering Evolution and the Optimization of Hyperscale, Colocation & Enterprise Data Centers Summit dove deep into many of the topics pushing the tempo in the Mountain West data center industry, and CAPRE invited Matt Wendell, Director of Public Affairs and Communications for Colorado Technology Association, which recently celebrated its 25th anniversary, to conclude the day with a 45-minute keynote address about what his organization does and why it matters for the state of Colorado’s data center industry. 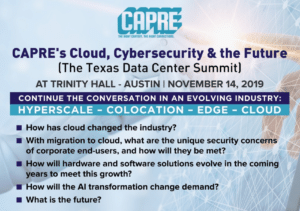 Wendell’s afternoon Keynote Address, The Technology Economy from a Public Policy Perspective: What are the Effects of Trade War and the Anticipated 5G Rollout on Colorado-Regional Jobs and Infrastructure? took a broad look at how public policy impacts technology in the Mountain State, but then zoomed into the coming impact of one transformational technology – 5G. First, he provided a primer on 5G. What is it in the first place and what is it about to transform?

“5G stands Fifth Generation Cellular Wireless. The 5G networks use a kind of encoding called ODM, which is similar to 4G LTE, though 5G is designed for lower latency and greater flexibility than LTE,” began Wendell. “5G is also designed to operate on larger channels and carry higher capacity than what exists now.”

So given that, what will it do and what will it enable? “With that larger capacity comes the option of doing a lot more than what’s going on right now,” he explained. “One of the big areas that people seem to see great expansion with 5G is within their homes – home networks. This is when people are talking smart devices, connected devices. Not just having Siri or something connected to your phone, but having a smart fridge, smart lights, a smart showerhead, smart windowpanes. Everything’s got the capacity to be connected in your home. That has got a lot of people in excited. And there are a lot of products being developed right now in the industry and a lot of money around it – there’s a lot of excitement around it.”

Wendell then stressed that there are also industrial uses, for example in manufacturing and transportation. “You could easily see it being used heavily in ports, for example, and there’s a lot of excitement around that as well,” he ventured. “It’s extremely possible to gather a lot of data around that as well, making them a lot smarter and to develop new and better processes.”

“When you picture 5G, or smart devices, you might start imagining things on the street – smart cities, autonomous vehicles, everything being connected,” continued Wendell. “That’s a little further off than tomorrow, but it’s not that far off. And so we’re seeing it talked about. Is it here already? Kind of.”

According to Wendell, Verizon has started to roll out 5G in the city of Denver, and so has another firm, Starry. Other companies are rolling out in other cities across the country, for example AT&T, T-Mobile, Sprint, and Dish. “So it’s happening in a handful of cities across the country, but it’s going to be a slower pace, especially over this next year,” he explained. “A lot of people are really expecting it to develop over the next decade.”

Wendell at that point dove into the bones needed for this rollout, since infrastructure is really important to play all this out and there are challenges inherent to that. “Each 5G cell site has to be connected through a network backbone, whether through a wired or wireless backhaul connection,” said Wendell. This means there needs to be more sites, or more small cells, across an area — especially for that seamless connection we are all counting on. “That means collaboration through a lot of stakeholders – municipalities, utilities, telco companies. That’s a huge component on the roll out and the red tape over all of it.”

Interestingly, Wendell shared, the FTC recently ruled that there’s going to be a “shot-clock” on municipalities to allow or certify small cells deployed in their jurisdictions, as well as putting limits on what they can say no to. “Some municipalities don’t like that the federal government is telling them what to do, and as you can imagine, there has been some court cases,” he mused. “This will be resolved in the next few years, and the FCC will have a say as well, which is highly contingent upon the next election.” 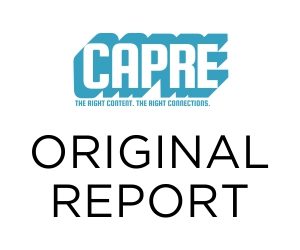 Next, Wendell sought to explore the impact of 5G on jobs. “Well there’s a lot of excitement around the products and technology, and so there are is also excitement around new jobs being created, or existing jobs being transitioned or transformed,” shared Wendell. “But think about the use of this in industrial or in manufacturing – a lot of this can make these processes more seamless, which could lead to a loss of jobs.”

In other words, there will be a balance. “There could be gained jobs and losses of jobs, just as you see with any major innovation across industries,” he tentatively illustrated. “So we’ll have to wait and see how that goes, but there is a lot of excitement around job creation.”

Finally, Wendell tackled rural accessibility to 5G. “You hear 5G, you hear smart cities, and right now you’re seeing the providers like Verizon & AT&T rolling them out in urban centers across the country,” he concluded. “That’s where they’re focusing right now. That’s where you’re going to see a lot of the infrastructure put in place over the next decade.”

However, according to Wendell, all is not black and white. “I will also see that there is probably going to be infrastructure built out in corridors like I70 and I25 – those will be corridors where you will want to have sensors and IoT devices that are connected,” he predicted. “So look to those areas to build out a little more. But it will be a little slower – just like we see with access to broadband built out differently as well. With new innovations though, this may speed up in rural areas as well.”