How Will Canada Handle “Gaming Invasion” From Beyond its Borders?

CALGARY, ALBERTA – CapRE’s 2018 Calgary and Alberta Data Center Summit featured a full-day of first-rate market analysis and perspective. The opening panel of the day, Greater Calgary Center Market 360: What Firms are Actively Developing, Investing and What are the Unique Regional Advantages from Site Selection, Connectivity and Cost of Power Perspectives? largely focused on two things – what Calgary is doing well to attract data centers, and what it could do better. However, at the conclusion of the discussion, the panel took a question from the audience, with much broader stakes. 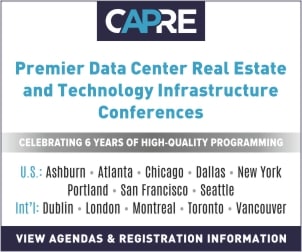 “My question is about internet compliance in internet gaming,” began the audience member in earnest. “Internet gaming is all based on data centers. I notice a lot of foreign nations coming into Canada. And the gaming industry is coming into Canada very fast. European gaming is up to $36 Billion now. How are we going to deal with this huge influx when laws in places like China, the U.S., Europe are so quickly changing? Why aren’t we vetting the CEOs and setting more standards?”

“There are three levels of compliance that you need to be looking at,” replied Nicholas Jeffery, CEO for Uniserve Communication, who chose to tackle the question. “We’ve just done a very large deal with TrustWave, who are probably one of the largest security providers on the planet. I’m staggered to see that if you take the U.S. out of cyber-security, Canada is the number one for cybersecurity hacking central. Everybody hacks Canada. Although most of the Canadian people that I’m dealing with go, Oh they’re not going to hack us, we’re too small, we’re too far away, no one knows who we are, we’re Canadians. That’s the vulnerability you have because a lot of people are out there hacking the Canadian market – and we need to fix it.”

Secondly, according to Jeffery, the banks need to get involved. “Luckily I was the head of the technology portfolio at one of the largest banks on the planet. The banks are vetting where the money is coming from,” he shared. “There is a massive program going on at the moment about money laundering, about the ownership of the banks, and where these gaming companies are coming from. You don’t have to worry that no one is doing anything – the banks are clearly on this and are really, really careful about what’s going on.”

Finally, Jeffery touched on the physical perspective. “When it comes to the physical perspective, the compliance and rules and regulations, don’t re-invent the wheel,” he advised. “Borrow the best of what’s working. So you’ve got several companies around the world that have got this, and they’ve been doing it for the last five, six, ten years. And they’re doing it really, really well. So again I would advocate, look at that and pull that in. But you’re right sir, these things need to be done. They’re just not being done by the data center industry. They’re being done by people a lot bigger than us. It’s the banks, it’s the federal government, it’s the national and provincial governments, and then it’s the cybersecurity industry as well.”

For more coverage of this panell, check out previous CapRE Insider Reports: