JERSEY CITY, NJ — “Smart Growth” is a term the organization New Jersey Future uses to denote development that incorporates the environment, equity and the economy to achieve a better triple-bottom line. At CapRE’s New Jersey Forecast in January, we welcomed Peter Kasabach, the Executive Director of New Jersey Future to take the floor and tell our gathering of New Jersey insiders all about this concept – and one of the key underlying concepts is something called “Green Infrastructure” which is becoming a force to be reckoned with in the Garden State.

“How many people have heard of or done projects with green infrastructure?” Kasabach asked the room. Green infrastructure is an approach to water management that protects, restores, or mimics the natural water cycle.  “This is a big trend in New Jersey right now. For example, there is a lot of focus on storm water management. There will be new storm water rules likely to come out next year.”

Kasabach advised the room that a big part of these regulations are going to incentivize green infrastructure. “This means that as you deal with storm water, you’re going to be looking at how to build natural systems on your site that capture that storm water before it enters the grey storm water system,” he explained. “There are going to be incentives for that, and there will be a lot of pressure to have your site incorporate that green infrastructure. And so it is to your advantage to understand what it is, how it works, and how you can incorporate it into your projects early on.”

New Jersey Future has actually spearheaded a project with the New Jersey Builders Association in which  they published the New Jersey Developers Green Infrastructure Guide, which is a fairly simple step-by-step guide about to incorporate such priorities into your projects.

“Another thing to keep in mind is resiliency,” he commented. “We know what the impacts of Hurricane Sandy were. We felt that impact up and down the coast. We know what it was in our urban areas. What we aren’t necessarily doing is taking those lessons, understanding the hazards that we now have to face, and incorporating that into our decision-making.”

However, this is bound to change, said Kasabach. “I think we now have a governor who is going to change the direction of that, by looking at these flood hazards and these climate change hazards,” he concluded. “And we’re going to start having rules and regulations that will make it harder to develop in areas that will be at higher risk. That is something to start thinking about, not just because the state government is saying we should do it – I mean the federal government already has previously – but it makes a lot of long-term sense to put buildings in places that are going to be flooded over time.”

Check out a previous CapRE Insider Report covering remarks from Kasabach: Millennials are Leaving New Jersey, But It’s Not Too Late to Bring Them Back 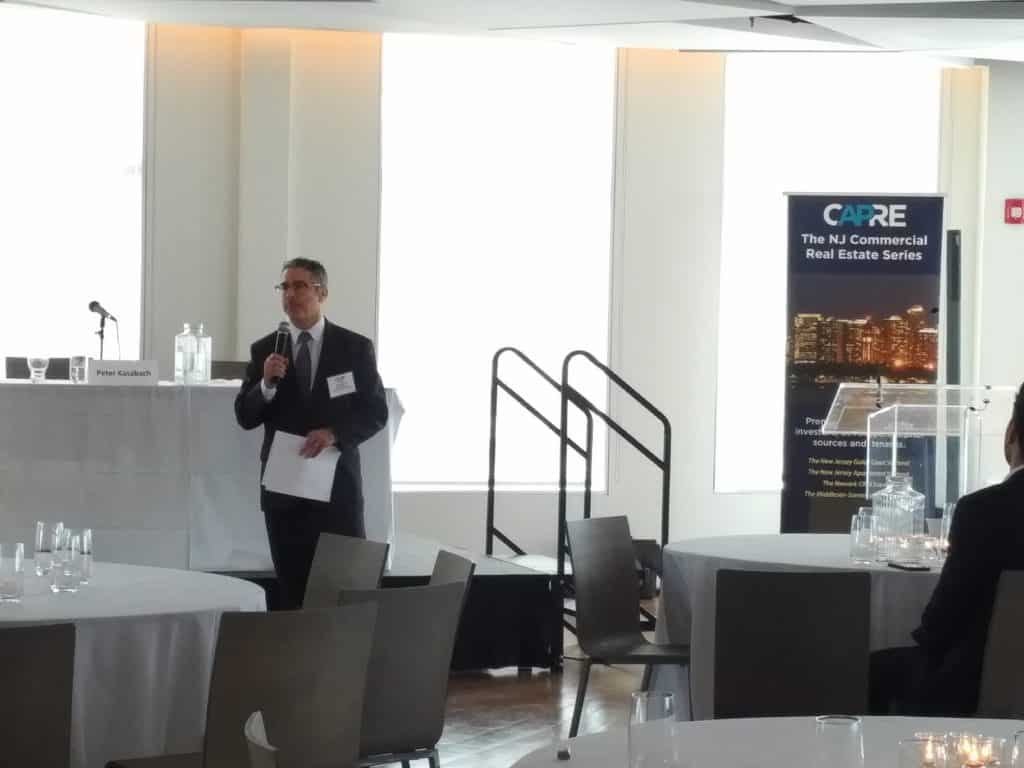 New Jersey Future is a non-profit, non-partisan organization that promotes sensible growth, redevelopment and infrastructure investments to foster vibrant cities and towns, protect natural lands and waterways, enhance transportation choices, provide access to safe, affordable and aging-friendly neighborhoods and fuel a strong economy. Peter Kasabach is the Executive Director of New Jersey Future. He has been actively engaged in the areas of housing and sustainable development and community revitalization for the past 20 years. Before taking the helm of New Jersey Future in December 2007, he was chief of policy and community development for the New Jersey Housing & Mortgage Finance Agency.


Continue the New Jersey Conversation with CapRE. Check out our upcoming events ->