CAPRE MEDIA | CAPRE EVENTS > Conference Coverage > Data Centers > Connectivity Q&A with Vinay Nagpal: Manufacturers Set to Push the Limits as We Head into 2019 and Beyond

Connectivity Q&A with Vinay Nagpal: Manufacturers Set to Push the Limits as We Head into 2019 and Beyond

LOS ANGELES, CA — Vinay Nagpal is a data center and connectivity leader with over 23 years of experience developing product and technology solutions in data centers with a strong focus on connectivity, sub-sea and terrestrial fiber.  Currently, Vinay is the President of InterGlobix LLC, a global consultancy firm focused on the convergence of data centers, terrestrial fiber and sub-sea fiber. Below, we caught up with Vinay in advance of CapRE’s Seventh Annual Southwest Data Center Summit: The Telecom Evolution to learn more about the fiber and connectivity game in Southern California and the U.S.


CapRE: How is fiber improvement changing the design and site selection of data centers? 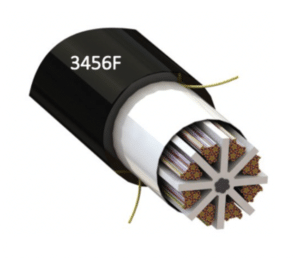 The terrestrial fiber cables have increased in capacity significantly, from 864F strands to 1728F strands to 3456F strands packed in a single cable. OTTs, Hyperscalers and Internet-centric companies are deploying these high-count fiber cables as their bandwidth requirements have increased exponentially in recent times. Data center colocation providers are looking to install these high-count cables at their current and new facilities because of its density and installation efficiencies.

CapRE: How will fiber change in the next 1-2 years?

Nagpal: There are various advances made in the fiber technology – both for sub-sea fiber and terrestrial fiber. On the sub-sea fiber, the cable manufacturers are now working on 12/16/32 pair sub-sea fiber cables for repeated systems. The optical technology advances are resulting in the throughput capacity in the range of 20-30 Tbps per fiber pair. On the terrestrial fiber side, we will continue to see cable manufacturer push the limits of packing in more glass per sheath of cable in ribbon-based fiber cables.

I also expect the industry to shift from a standard 4” OSP conduits to a 2” conduits to accommodate dedicated higher-count cable systems, which has been a requirement of several OTTs and hyperscalers. Some cable manufacturers like Prysmian are now working on 6912F strand fiber cables, leveraging their “FlexRibbon” technology. Corning’s newest cable technology is what they call as “RocketRibbon”.  It’s their highest density cable 1728F and 3456F counts.

CapRE: What should we know about Asia-U.S. connectivity in the next 12 months?

Nagpal: Asia to U.S. Connectivity is going to grow over the next 12-24 months. Several new sub-sea projects are announced both across the Atlantic and across the Pacific. 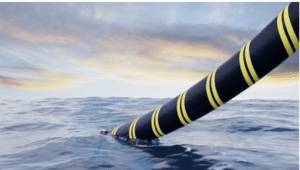 Most notable one across the Atlantic is SAEx which will be 25,000 kms system and will connect the East Coast of the US to Cape Town, South Africa to Singapore and to Chennai, India. This will be a significant project offering diverse routes and interconnecting four continents together, in two planned phases – SAEx1 (South Atlantic Express) system connecting US East Coast (NJ/Virginia Beach) to Cape Town, South Africa with Branching Units for Fortaleza, Brazil, Saint Helena, Ascension and West Africa; and SAEx2 (South Asia Express) system connecting Cape Town, South Africa to Singapore with Branching Units for Madagascar, Mauritius and Chennai, India. SAEx will establish a truly global digital super highway, with direct access between the largest digital economies in the world interconnecting North America, South America, Africa and Asia.

The major projects underway across the Pacific to enhance Asia-US connectivity are:

CapRE: What makes the Southwest region unique in terms of connectivity?

Along the coast line in between L.A. and San Jose, there is another concentration of sub-sea landings. This cluster has 7 sub-sea cables either operational or planned.

In total there are 15 sub-sea cables in the overall Southwestern region that connect west of the west coast of US to Asia and beyond comprising a total of 23 countries including Japan, Hawaii, Australia, New Zealand, Fiji, Singapore, Philippines, Malaysia, Thailand, Guam, Brunei, Vietnam, Mexico, Costa Rica, Panama, China, Samoa, Kiribati, Tokelau, Taiwan, Federation States of Micronesia, Palau and Chile.

CapRE: What are some of the key characteristics of the sub-sea and terrestrial fiber infrastructure in the southwest and what are the challenges facing the southwest in terms of connectivity?

Nagpal: Currently, significant sub-sea cable construction is underway across the Pacific Ocean connecting Asia, Central America and South America to the Pacific Rim and back to One Wilshire – the iconic glass -and-steel skyscraper in downtown Los Angeles that is the most prominent interconnection location in the southwestern United States. 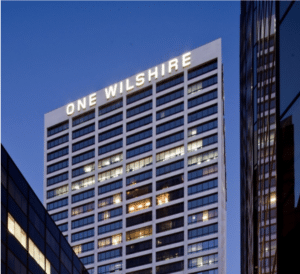 Most of the sub-sea connectivity landing in the Southwest gets to the most prominent interconnection hub which is One Wilshire, which is one of the most fiber dense buildings in the world. From One Wilshire the capacity is distributed to Northern California, Central America and other parts of the continental United States via multiple metro and long-haul routes. The building has six fiber entry points with diverse risers inside the building. The diversity needs to continue from the building all the way to the various sub-sea landing points as discussed above and terrestrial providers need to look at new diverse fiber routes.  Presently there are over 350 network, cloud and IT service providers present in the building.

Hermosa Beach has become a popular sub-sea landing point. In the picture is a Manhole cover of a crucial part of the infrastructure in Hermosa Beach. With their own beach, Hermosa Beach presents a promising location for sub-sea cables, as the sub-sea operators don’t have to deal with LA county regulations. Also, the relatively close and easy access to One Wilshire is key for the landing parties as they need to handoff the traffic from sub-sea to terrestrial, and One Wilshire is the ideal place to do that.

Additional conduit infrastructure, and diverse fiber routes from Hermosa Beach, Redondo Beach and El Segundo will be very useful for the sub-sea community. A similar collaboration between Grover Beach, Morro Bay and San Luis Obispo on enhancing the conduit infrastructure and dark fiber capabilities could be a useful endeavor for the industry.

CapRE: What are you looking most forward to about the Southwest event? What themes do you anticipate being most salient? 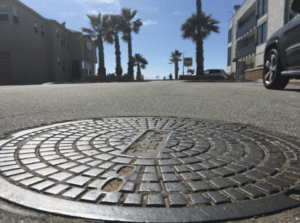 Nagpal: With the significant surge in the subsea activity globally, the Southwest region certainly has it’s share of new subsea capacity coming it’s shore. Expectedly many major OTTs and hyperscalers are involved in the new subsea projects underway in the Southwest region, including – Facebook, Amazon Web Services and Google. This is a trend that will continue to unfold over next several years to come as the OTTs and Hyperscalers need unprecedented capacity to serve their Cloud-based and other Internet applications to their ever-expanding user-base globally.

Vinay serves on the Leadership Board of Northern Virginia Technology Council (NVTC) Data Center & Cloud Committee and actively leads region’s datacenter and connectivity initiatives. Through NVTC, Vinay has been involved in promoting the subsea developments in Virginia Beach and its impact to the Northern Virginia data center market. Vinay also serves on the London Internet Exchange NoVA Customer Advisory Board, and on NVTC’s Executive Circle as an advisor to the NVTC Board of Directors.

Previously, Vinay was Vice President of Product Management at Digital Realty/DuPont Fabros where he was led product development for DFT’s Hyperscale, Interconnection and Managed Services. Vinay held several senior-level positions at Tata Communications, Verizon, MCI, Digex and UUNET productizing datacenter and network services across multiple geographies in US, Canada, London, Singapore, Australia and India. Vinay has served on the board of Open-IX Association and been involved in building global open standards for Interconnection. Vinay has an MBA a Master of Business in Information Systems, a B.S. in Computer Science.