NEW YORK, NY — In the infancy of the data center industry, deal sizes were typically 1-2 megawatts. However, with rapidly growing end-user compute needs over the year, which also supported the advent of Cloud and hyperscale data centers, deals have become larger and more complex – and many people are still trying to orient themselves in this brave new world. That was the genesis for the panel “Carry on Wayward Leasing Executive: Best Practices for Brokers, Marketers and Attorneys as Deals Grow in Size and Complexities” at CAPRE’s New York City Data Center Summit in April.

The session kicked off with a foundational – and evergreen – questions by moderator Brian Klebash, Founder and CEO of CAPRE. “Let’s talk about how the product has changed over the years, and how to appropriately lease and transact in today’s environment,” he suggested, before inviting panelist David Spiewak, Managing Principal at DJS Group LLC and Next Tier HD to offer the first set of comments. “David, are enterprises moving toward colocation, wholesale, the Cloud, or are they building their own data centers?”

“The title of that question might be a little backwards. Requirements used to be larger. If we’re going to separate the hyperscale out of the conversation, then hyperscale is growing and getting bigger and bigger, and the enterprise growth is getting smaller and smaller, and becoming more of a Hybrid IT type of environment,” replied Spiewak.

“So everything today, is about, how do I have everything from optionality in the public cloud world. So I want to utilize Azure and Oracle and so forth and so forth, as well as, I’m going to have a retail component, and my wholesale side is going to be – if I was a one megawatt user, well three or five years ago, it was anywhere from a 70 kw, to a 300 kw or 400 kw type of deal today,” Spiewak continued. “So complexity has definitely come into the equation more. It’s become more of a portfolio of assets, and it’s more about distributing my applications differently than I used to, inside of one environment.”

Next, Klebash looked to another David – this one a Senior Vice-President at CBRE. “David Cervantes, you’re from Montréal, and you’re seeing a slightly different story, with slightly different leases,” remarked Klebash. “Why don’t you tell us about that?”

“Well, just speaking from the perspective of our CBRE platform, nationwide, we had early positions in the market where we might have been representing a large portion of the market,” began Cervantes. “For instance, in 2013, our average term life was 80 months and our average deal size was 3.75 megawatts across all of the transactions in our portfolio. Last year, that got cut down to 48 months and 1.2 megawatts.” 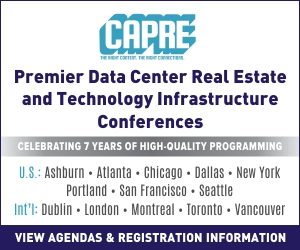 According to Cervantes, those figures reflects a couple of key items. “One, I agree with David, certainly, that the Hyperscalers deserve their own bucket. And the other aspect of it, is that the out-performance of the Hyperscalers leads to groups like us at CBRE working in a consulting capacity with enterprises,” he asserted. “That dwindling of terms, the dwindling of average size, is very representative of the enterprise market. That’s a bucket that we treat more so on a daily basis. When it comes to the Hyperscalers, we’re less doing their kilowatt deals, but more so doing their acquisition of land.”

Finally, Klebash looked to the third and final panelists, who also happened to share his name. “Brian Doricko, of Strategic Intiatives at CyrusOne, why don’t you tell us about typical deal size and structure?” asked Klebash. “How has that changed?”

“Well some of the deals are getting bigger, some are getting smaller. We always try to defer to the user application workload and what the user is trying to do. A whole bunch of that scenario that David Spiewak told us about, if you move all of your HR stuff to WorkDay from your old Peoplesoft application, then you need less load there,” began Doricko.

“There are so many applications like that going on and so that means that that piece of it, the enterprise part, is shrinking. Other places may be growing. Deployments in ten different data centers, if you’re a big financial or manufacturer, and you’re running grape farms or something, you see some consolidation on that,” Doricko shared, before conceding that his team is indeed seeing some bigger enterprise deals around consolidation. “But the 10 megawatts might be consolidated to 5 and the other 5 ends up in AWS or Azure or Google Cloud.”

Furthermore, Doricko said that more flexibility is being asked for. “At the same time, depreciation cycles on equipment is being factored into more,” he revealed. “People used to run boxes every 3 years and then throw them into the garbage. But we’re seeing everything from 4 to 5 to 6 to even 7 years. Which means, now, what good is a six-year lease if you’re rolling in equipment every 7 years? It’s got to be at least 8 then. And by the way if you’re going to roll in equipment twice, why not do a 15-year lease and get the best economics?”

“So there’s no yes or no to that – there’s a healthy mix in all of it,” concluded Doricko, closing out the question. “But the biggest change is the “big deals” are much more in Seattle and Silicon Valley-based companies, while these enterprises are trying to squeeze in and consolidate.”