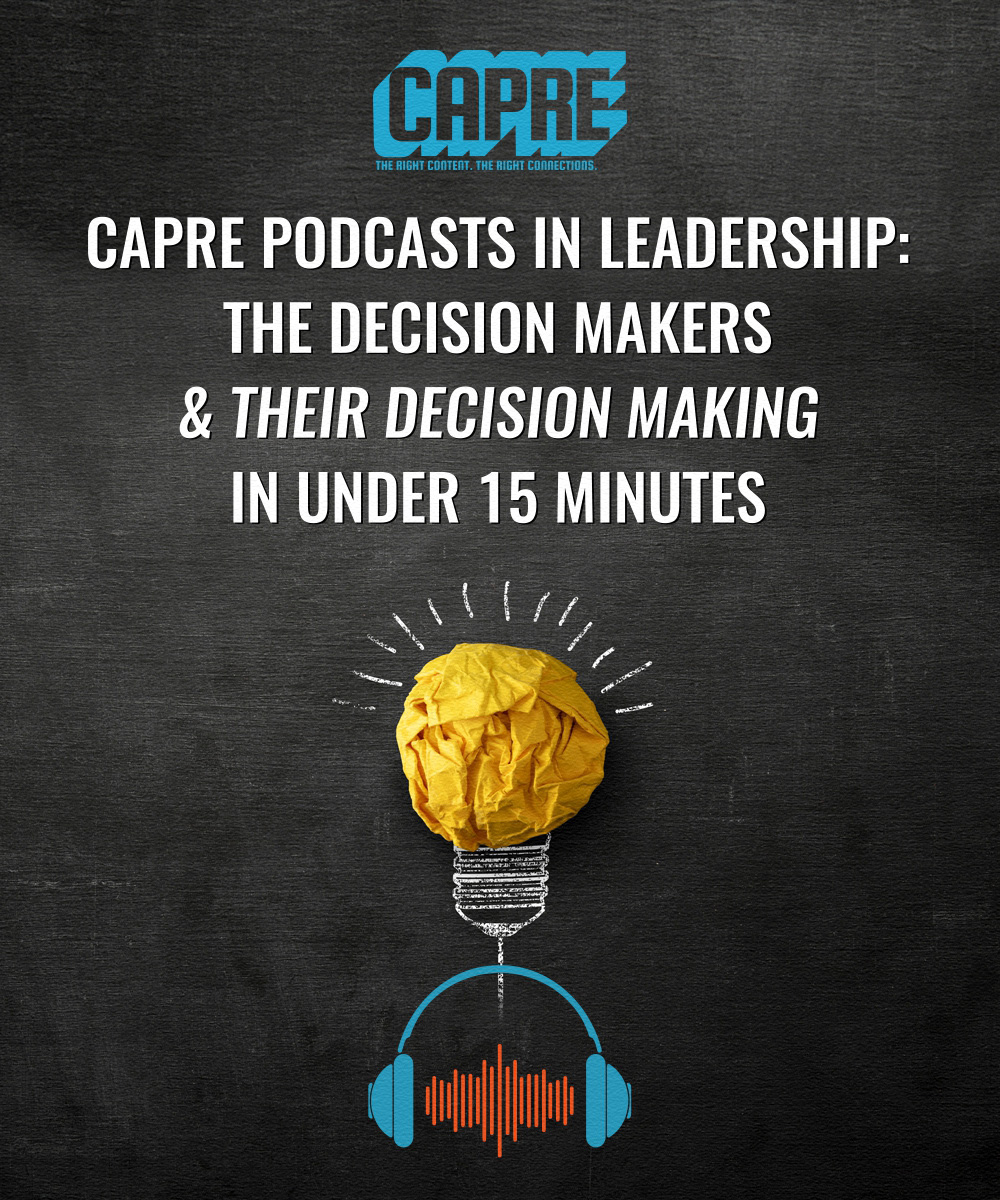 In his CAPRE Podcast in Leadership interview, Mr. Ganzi answered the following questions:
* How has the COVID-19 pandemic impacted each of the different segments of your data center/digital infrastructure business: leasing, interconnection, development, acquisitions
* Is the data center pandemic demand story ”too good to be true” with booming web usage due to work from home, webinars, etc.? How much do you think the long term change will be and how will that affect the digital infrastructure industry?
* Has Covid-19 impacted capital raising and financing, and what are your future plans?
* What is the future of digital infrastructure: larger hyperscale-type data centers, small edge deployments or something else and why?
* How do you maintain synergy in your business in normal times, and what have you learned working in the COVID-19 environment?

Prior to Digital Bridge, Mr. Ganzi founded Global Tower Partners (“GTP”) in 2003, which grew to become one of the largest privately-owned tower companies in the U.S. under his leadership before being acquired by American Tower Corporation in 2013 for $4.8 billion. At GTP, Mr. Ganzi executed a series of strategic acquisitions, build-to-suit agreements with wireless carriers and financings in the credit markets.

Prior to the formation of GTP, Mr. Ganzi worked as a consulting partner for DB Capital Partners from 2000 to 2002 where he oversaw the institution’s investments in the Latin American tower sector. Before joining DB Capital, Mr. Ganzi co-founded and served as President of Apex Site Management, one of the largest third-party managers of wireless and wireline communication sites in the United States. In 2000, Apex merged with SpectraSite Communications to create one of the largest telecommunications site portfolios in the United States at the time.

Mr. Ganzi has served on the boards of corporations, including Apex Site Management, Global Tower Partners, Olympus Outdoor Media, Mexico Tower Partners, Vertical Bridge, DataBank, Vantage Data Centers, Andean Telecom Partners, ExteNet Systems and Zayo Group. In 1990, Mr. Ganzi served as an assistant Commercial Attaché in Madrid for the U.S. Department of Commerce’s Foreign Commercial Service Department. He also served as a Presidential Intern in the White House for the George H.W. Bush administration with the Office of Special Activities and Initiatives for the Honorable Stephen M. Studdert in 1989. Mr. Ganzi received a B.S. from the Wharton School of Business in 1993. He was a Board Member of the Wireless Infrastructure Association from 2008 to 2017 and served as Chairman from 2009 to 2011. He is a member of the Young Presidents’ Organization, the Broadband Deployment Advisory Committee of the Federal Communications Commission, and he currently serves on the board of the Aspen Valley Ski Club.

Due to COVID-19, CAPRE will be virtual-only for the remainder of 2020. We are very grateful for your support over the years and expect to produce in-person conferences in 2021. For sponsorship/exhibitor/speaking information about future in-person conferences or webinars, please contact Brian Klebash at +1-646-331-8777.  In the meantime, we encourage you to consider sponsoring and/or attending an upcoming CAPRE webinar.